If you watch the news in Italy you will be aware that the picture of our country that we receive is not very nice. Italy is portrayed as old and hopeless, a country where everyone is corrupt and which is in dire need of riforme. Instead the United States, to use the archetype of one the many foreign countries portrayed as Happy Lands, is modern, dynamic and so cool. Italians have to constantly put up with complaints about Italy from other Italians, especially those who have never left the country that they appear to dislike so much.

In an attempt to shed light on the other side of the coin, and to get a little revenge, I’ll list some of the things the US could learn from us:

Electing a rich and sexist businessman with suspicious hair as a way to express your  anti-establishment feelings? That’s so fuori moda, out of fashion, here in Italy. Berlusconi was trendy in the 90s:  now he is reduced to being an entertainer, making questionably funny jokes at minor public events.

Debito is my life Debt is part of life in the States: you need a loan to go to college, to buy a car or whatever else you can’t afford but deem to be a necessity. Credit scores are revered in the same way an Italian would treat his or her criminal record: it must be kept intact and snow white, otherwise you won’t be able to live a happy and indebted life.

Fortunately, here in Italy we regard debt as an extrema ratio (which is not a WWE wrestling event but a Latin expression meaning “extreme solution”). Debt makes sense only in limited circumstances: when you invest and believe you’ll get back more than you borrowed, or when you are sure of an increase in future income. Otherwise using debt to live beyond your means, as most Americans do, only means that you are giving up your economic freedom.

I like to win, so I’ll quickly move on to food. We all know that Americans eat badly, but the problem is not just the quality of the food but the high frequency of meals and the complete lack of eating discipline (if you think about it, pizzas are not that much better than burgers). In general, Italians have apparently weird eating rules: no cappuccino in the afternoon, parmesan goes only on certain types of pasta, lunch and dinner must be eaten within a certain time period.  While I agree that some of these rules appear useless and arbitrary, Americans should look at them with a little more than folkloristic interest:  a healthy diet involves a degree of discipline and some “rules” can help in that respect (compare obesity rates if you don’t think this is the case). 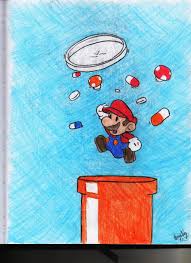 More than 10% of Americans take antidepressants. This is now so common and normal that some of my American friends on Facebook post requests for the phone numbers of  doctors’ who are easy touches for prescriptions, or discuss the effectiveness of weird sounding medications. Of course it is admirable that depression is no longer regarded as a self-inflicted problem, or something to be hidden from your friends. This should however go hand in hand with a healthy distrust of pharmaceutical companies, which comes naturally to Italians. They would never contemplate cures that involve popping pills like a teenager raver.

(We do not need to mention the 40 thousands Americans who die every year for overdose, most of which are caused by legal opioids prescribed by doctors)

Italians have never been fond of  the two-party sytem (bipartitismo), and have resisted  many attempts to impose it. And rightly so.  Getting out to vote every four years to choose between two slightly different parties, each with red or blue flags and cute animal symbols,  is most undemocratic. When the two parties become too similar, or remain  different but are both unpleasant, the intelligent voter either does not vote or votes for third party with a decent program, even if it is extremely unpopular.

It could then happen that the third  party ends up getting a fair amount of votes and gives a wake up call to the other parties by means of a real and independent opposition. (Yep, I am referring to the 5 Star Movement; you may not like the party led by the comedian Beppe Grillo, but you have to admit that it has brought some fresh air to a corrupt and fossilized political system)

I have already said I like easy wins. Having monthly massacres, perpetrated by mentally unstable people who can find guns in easter eggs, does not appear reason enough reason  to pass some form of gun control.  All this despite the fact that the majority of Americans want more gun control.  But in the “greatest democracy in the world”  gun lobbies seem to be the ones that pull the trigger.

So, for once at least, God Bless… Italia!

One thought on “6 things Americans could learn from Italians”